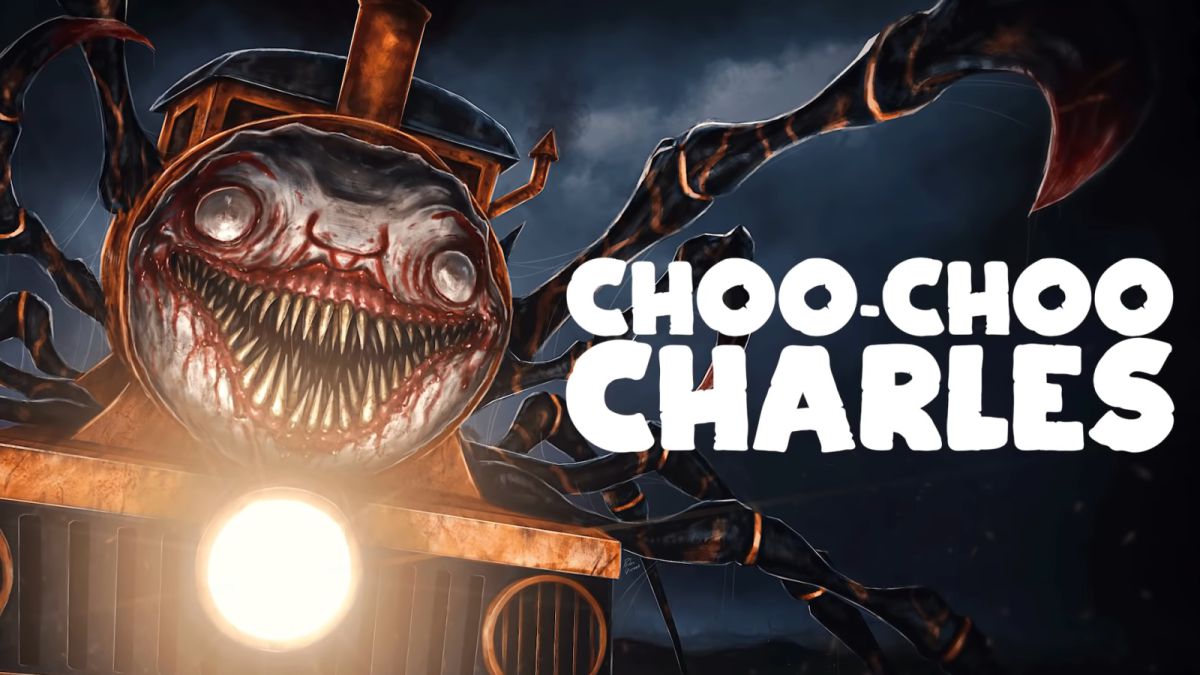 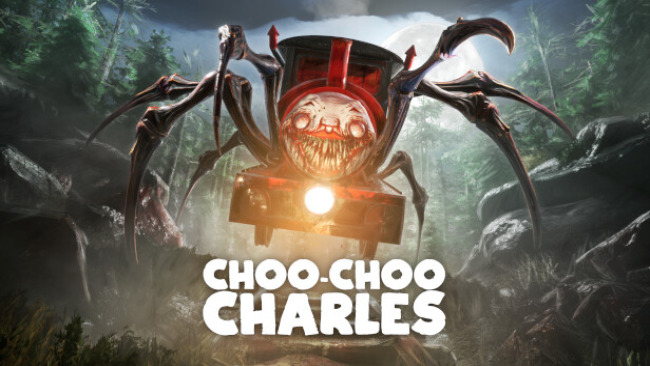 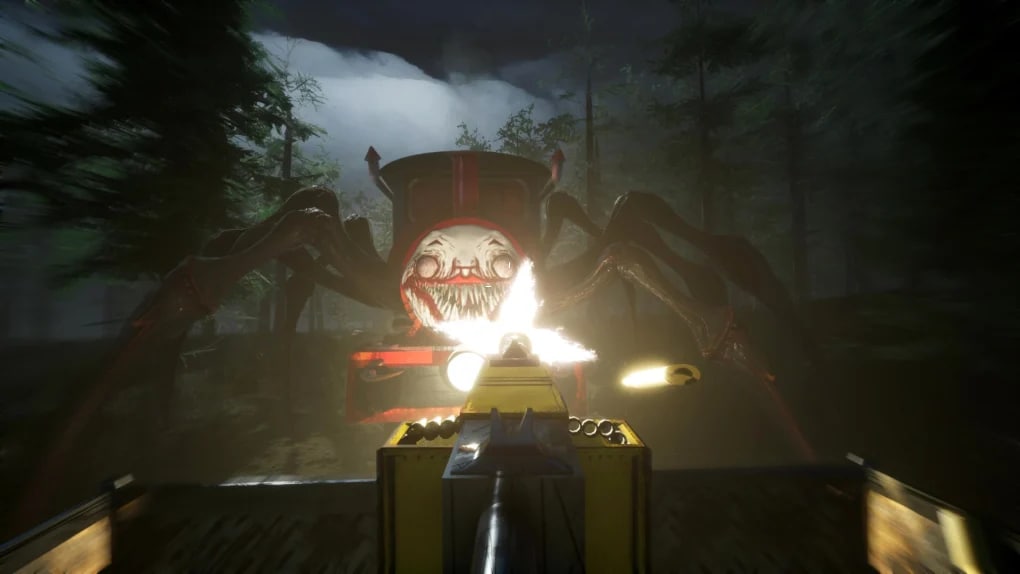 The setting of Choo-Choo Charles APK Android takes place on an island where an eight-legged demonic train prowls about and can kill you anytime. The game encourages exploration, both on foot and by navigating your assigned train engine over the network of railway tracks to find upgrades.

The game starts with a cutscene between the silent protagonist, who is a monster hunter, and an NPC who informs us of the trouble over the island of Aranearum. We cut to the island and receive the train engine, which serves as the primary method of navigating around the place through the railway tracks.

A brief encounter with Charles, the demonic spider train, takes place, and then we are left to explore the island on our own. Through cutscenes, NPC dialogues, and notes spread across different locations, we get the full picture of the plot and context of the story.

How to Play Choo-Choo Charles APK?

The main objective of the Choo-Choo Charles APK Mobile is for us to collect three mystical eggs that will summon Charles for the final showdown and prevent him from escaping. After the initial cutscene, we can go in any direction we want; here’s what you can do:

Exciting Features To Lookout For In Choo-Choo Charles APK

Let’s take a look at the cool features of the Choo-Choo Charles APK game that make this indie gem stand out.

You can level up in Choo-Choo Charles APK but not in the traditional sense. You essentially have to use scrap to upgrade your train engine’s speed, armor, and weapon damage.

The gathered scrap can also be used to replenish the HP of your train after every encounter with terrifying Charles. This is one of the main reasons that exploration is highly encouraged.

Give Your Train a Paint Job

In Choo-Choo Charles APK, you have a cool little aesthetic feature to change the color of your train engine. The colors are diverse, and you can change back and forth between them.

You can unlock even more colors as you progress further into the game and explore different areas by collecting paint buckets.

Cultists wearing creepy masks and dressed in black robes patrol the caverns to stop you from completing the main quest of collecting the 3 mystical eggs. In one of the side-quests called Boulder Field Pages, you will come across a Specter in the woods who might teleport you outside if you’re caught.

There is also a monster hidden underneath the swamp, which you’ll come across in a side-quest called Swamp-Swimmer. It’s kind of an homage to the water monster from Amnesia, The Dark Descent, as you won’t be able to see it, but it can come after you abruptly.

The game can be a little difficult to grasp in the beginning, so here are a few tips to help you out.

Really a no-brainer, but it’s really important that you do the side-quests as soon as you activate them before going ahead with the main story missions.

The extra scrap rewards for their completion will help you upgrade your train engine faster and make it more durable to survive the frightening encounters with Charles.

Use Buildings and High Ground

Seeing Charles heading your way is a terrifying sight in the game, but you can use the environment to your advantage to evade him.

For example, heading inside a shack will prevent him from coming after you, and he will retreat after a while. You can also avoid being caught by Charles by climbing higher terrain, such as a stairway or a mountain path.

You cannot defeat Charles in a straight-up collision. It’s important to do the NPC quests, which offer additional weapons as rewards when completed as soon as they become available.

The default weapon does little damage to Charles, but it’s decent enough to pepper him and get him to back off a few times. The flamethrower, gatling gun, and rocket launcher do greater damage and will help you out immensely in combating Charles, especially in the final boss fight.

It is extremely vital to have precise timing in the mini-games when using lock picks in some of the side-quests. The white reticle rotates in a circular motion, and it has to be lined within the slots at the exact moment it passes over them by pressing the interact button.

The mini-games start out simple enough but get harder as you advance the story with as many as three slots and the increasingly fast pace of the reticle.

As a horror game that generated a lot of buzz when it was announced, the game did have a lot to live up to. I found myself enjoying the atmosphere and ambiance of the game, but the short run time and the graphical quality did leave a lot of room for improvement.